We started rolling stores out to districts last week and have about 5 districts building their stores out so far. How can you join the party? It’s easy: send an email to support@alludolearning.com and we’ll set up a 30 minute call to get you going.

We are making updates to Stores on nearly a daily basis based on our roadmap and your feedback. Updates being release this week include:

In addition to general documentation we’re building a “Getting Started with Alludo Stores” tutorial we’ll be sharing very soon. 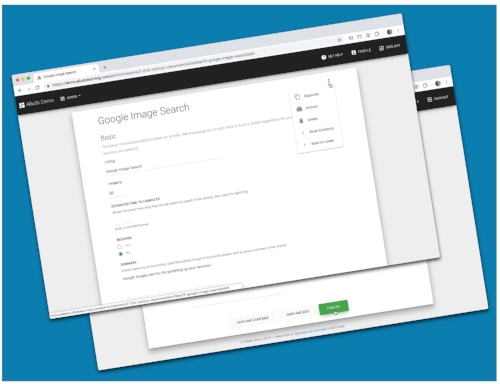 Starting this week, we are releasing updates to forms used to create and manage activities, mission, and levels. Over the past year, we introduced many features that resulted in our forms becoming something of a dumping ground. Improvements you will see very shortly include

These updates will be rolled out over the coming days.

The next two “big rocks” we’re going to move are to support translation - starting with Spanish - and supporting non-district account game participation.

The starting case for translation is to support parent games. We’ll leverage AWS Translate to automatically translate activities (including criteria), missions, and levels. Machines can’t do everything so we will support manual translation too.

Non-district account participation will be next . This will allow you to make your games available to people outside the district.

Our Next Major Release

As a software as a service (SaaS) company, we don’t subscribe to the traditional standard of...

We're excited to announce the release of our first Alludo-authored game - G Suite for Education!...