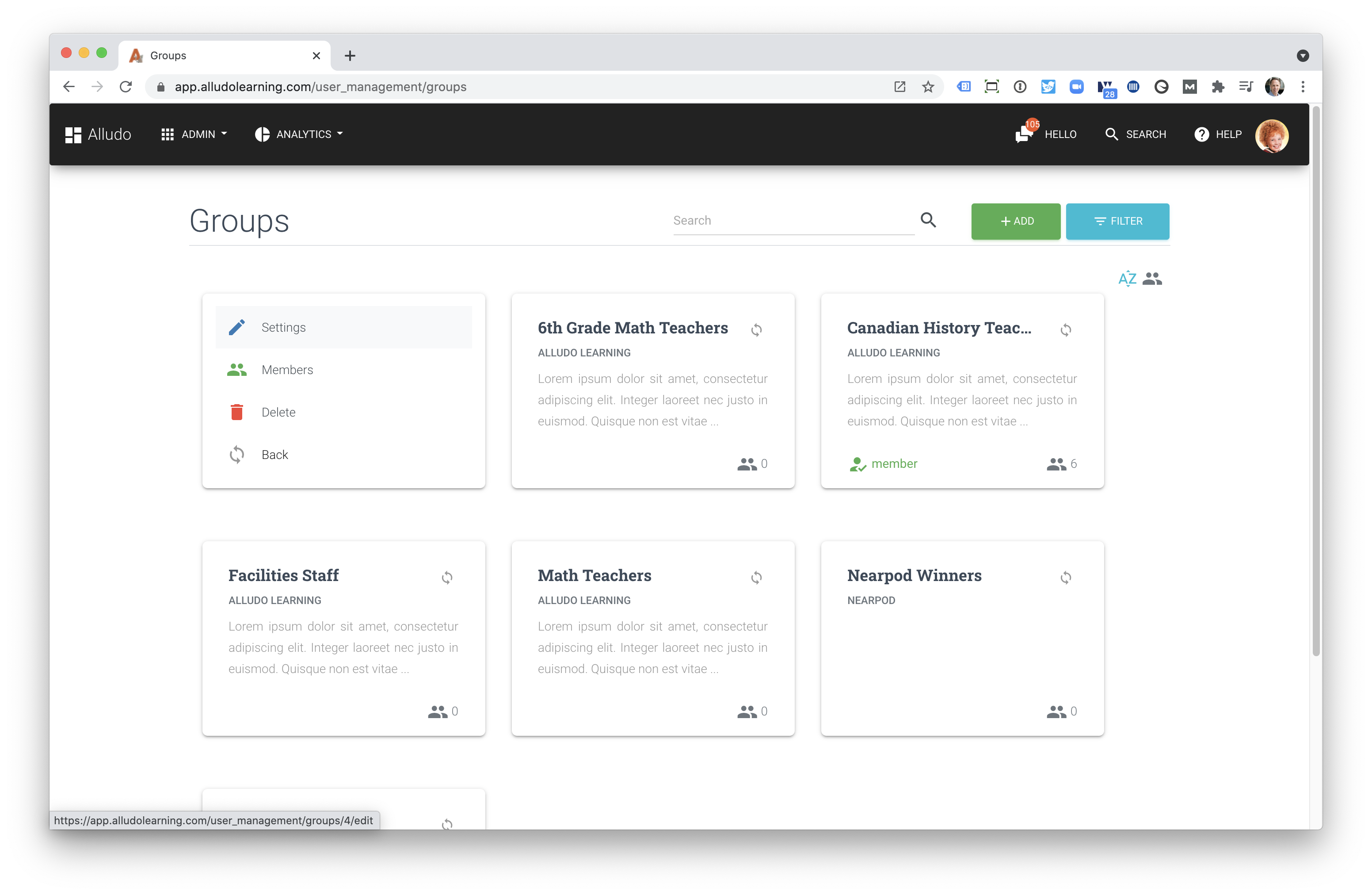 Before Groups the only way you could organize people was using school sites. While important, organizing people by school sites was quite limiting: a person can belong to one and only one school site.

You can do this with school sites but it gets unruly quickly. With groups you no longer have to hack school sites to create groups.

District and Game Based Groups

Organizing people into groups is only valuable if you can measure how the group is performing. Fortunately, we added a great multipurpose group report called Group Performance.

We believe that groups will become a structural part of Alludo. Organizing people is a key component in all systems and we built out a lot of functionality for groups. We think that we made a great start but we need your feedback. How do you need to organize the people at your district? How can we improve groups?

Learn more about Alludo Groups set up and management.

Planning for Year 2 at Alludo UnConnect

Last week in Alludo Connect, we changed things up a bit and decided to run it as a bit of an...

There’s nothing easy about educational budget planning. But when you’re tasked with helping ensure...